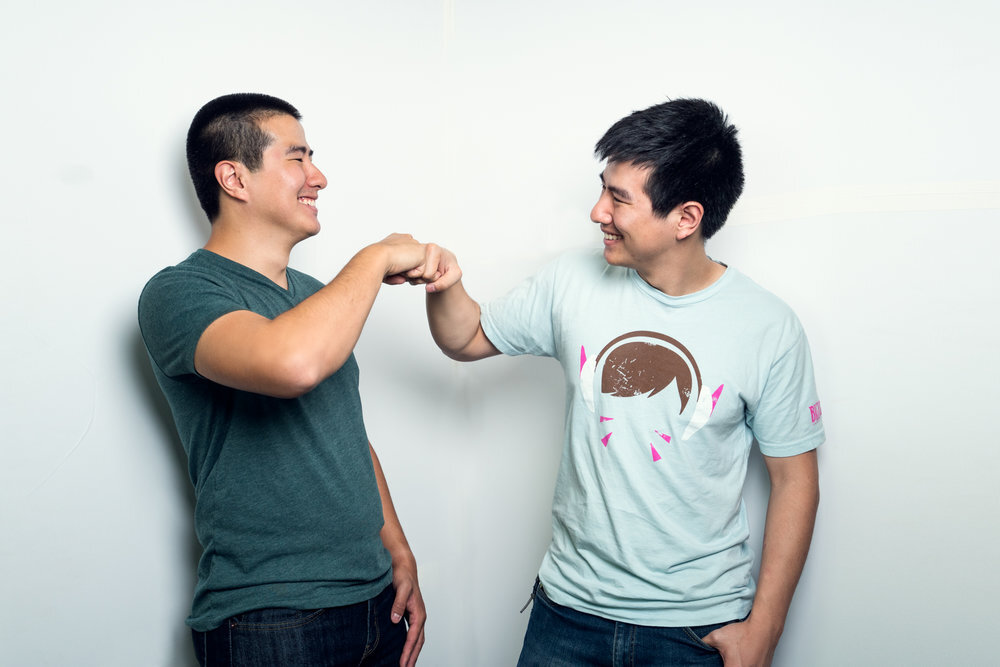 Welcome to the Vite Ramen blog!

Here we’ll have more in depth discussions on the making of our noodles, concept discussions on food science/nutrition/culinary arts, guest posts and more! We want to use this space to give everyone a more detailed insight into what we’re doing, as well as create transparency for our decisions. So keep reading for an introduction to who we are, what Vite Ramen is and the story behind it, and some smatterings of science along the way!

What is Vite Ramen? 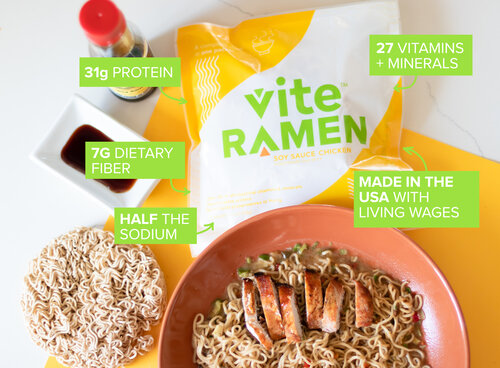 TL;DR: Instant noodles with high protein and a 25% serving of everything you need in a day. And it tastes awesome.

Vite Ramen is a nutritionally complete instant noodle that comes in easy to make 500kcal packets! It’ll be packaged with a soup base and a proprietary Noodtrient™ packet, creating a complete meal with lots of protein and a healthy amount of all the essential vitamins and minerals your body (or at least the 2000 calorie FDA body) needs.

We’ve also taken out a bunch of the crap found in standard instant noodles, such as preservatives (unneeded crap), MSG (not really crap), the mountains of salt (too much crap), and deep frying (arterial crap). While not all the things we’ve decided to exclude are harmful, we’ve decided they’re not quite necessary for Vite Ramen.

For everyone who grew up with instant ramen and loves the way it tastes, we’ll be throwing some serious culinary experience at our soup base to kick it to a whole new level. Our culinary advisors include chefs with experience in fine dining Michelin Star restaurants, and we’ll be working closely with them to ensure Vite Ramen tastes awesome. Because we want to eat this noodle too, and we don’t want it to suck either! 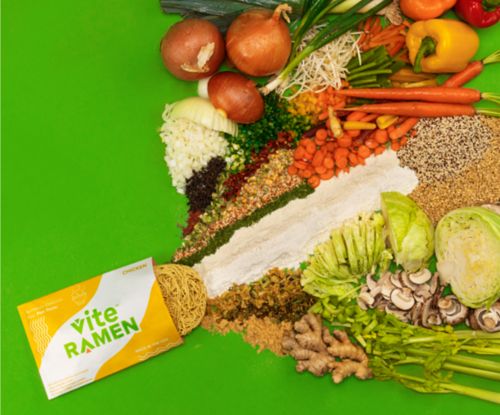 Ask your dad, puns are cool. The Noodtrient packet in Vite Ramen contains 25% DV of all essential vitamins and minerals, even the ones only nutrition majors, people with deficiencies, and your aunt who shops at Whole Foods care about, like molybdenum and manganese. We’ve also taken steps to protect the good stuff in Vite Ramen from things like heat and oxidation.

The vitamins and minerals in the Noodtrient packet are all surrounded by a tiny shield known as microencapsulation that helps protect them from damaging factors such as heat, oxygen and light. We know some of you may be impatient eaters (and have the tongue burns to show for it), but we suggest waiting until the soup has cooled to eating temperature before adding the Noodtrient packet. This helps prevent the vitamins from suffering any undue trauma before they can get to work in your body.

Noodles to fit your macros (and your gains) 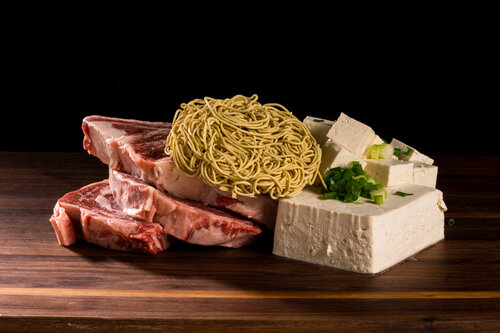 Why does an instant noodle have to have only carbs and fried fats? Vite Ramen contains 25 grams of complete protein per packet! We also augmented the carbohydrates with fiber and included oil with some awesome omega 3s. The protein content comes from a Fusion Dance of Vite Ramen’s high protein wheat flour and quinoa flour, fiber from the quinoa (what an awesome grain) and omega 3s from high ALA canola oil. We’re still trying to source an affordable, vegetarian DHA omega 3 oil for future versions, so if you have any leads, hook us up!

What we have sourced, however, is some awesome L-lysine to complete the amino acid profile of our noodles! In short, proteins are made up of amino acids, and we need a certain amount of each of the 9 amino acids in order to function optimally. While our wheat and quinoa kicks some serious ass in the overall protein content, grains tend to be slightly low in an amino acid called lysine. To remedy that and make sure all this protein is fully featured, we’ve mixed in some extra lysine into the flour to augment the lysine that’s already naturally present!

What’s in your wallet? 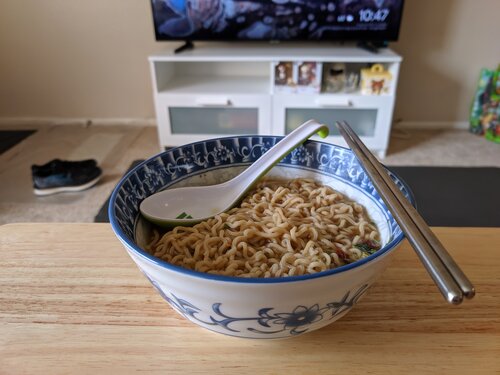 Instant noodle consumption usually falls into two non-exclusive categories: taste oriented (i.e I hope I don’t have to admit how many instant noodles I actually eat), and budget oriented (i.e. help I’m considering photosynthesis as a valid way of feeding myself).

We can’t help with your metamorphosis into a beautiful flower (go you!), but we’re trying our best to keep Vite Ramen affordable. As a small, brother-run company without the advantage of economies of scale, we’re trying to target somewhere around $2-3 a pack at launch, and a chunk below that for our Kickstarter supporters. It’s not feasible for us to compete with standard instant noodles for their dirt cheap price, but we hope that a complete nutritional meal with delicious, hearty soup will provide you with good value for your money!

We’re twins named Tim and Tom Zheng (yes really), and we love to eat. Not just a passing interest either; we come from the South Bay Area, where two competitive eating world champions have hailed from (if either Stonie or Chestnut are reading this, hmu and let’s see how much ramen you can eat). We’re avid fans of shows like The F Word, Bizarre Foods and Samurai Gourmet. We also love things like video games, backpacking, and weird hobbies (too many to list).

Tim, the elder of the two, holds a degree from culinary school, a managerial economics degree from UC Davis, and would probably also want you to know that he’s a Grandmaster player in Overwatch. He’s worked in several fine dining establishments, including a Michelin Star restaurant. Tim is in charge of making Vite Ramen the best instant ramen you’ve ever tasted, as well as a lot of the boring stuff, like negotiating leases, marginal costs, capital investment and other businessy things.

Tom, the not elder of the two, holds a clinical nutrition degree from UC Davis, and wrote Tim’s part of the Who Are We, but not this part. He’d probably want you to know that he races around 500 dollar crapcan cars at Thunderhill and Sonoma Raceway, trains parkour with San Francisco Parkour, and is very good at making cars really, really shiny and clean (shoutout to r/autodetailing!). Tom’s in charge of making Vite Ramen the healthiest instant ramen you’ve ever had, as well as social media direction, artsy bits because he’s a good (edit: okay-ish) artist and graphic designer, and other marketing and advertising things.

As most of us know, it’s just sometimes too much work to make food. We all have to sometimes make the call to order delivery, eat out, or, as every college student knows, slurp up some instant noodles.

Surprisingly, cooks and nutrition students are people too, so we weren’t immune to this problem. And you’d be surprised at the eating habits one picks up in the kitchen of fine dining restaurants. Yes, Tim was an adept cook with a culinary school degree and Michelin star experience, but he had CS:GO and Overwatch ranks to gain, damnit. As a nutrition major though, Tom was very aware that instant noodles were practically a nutritional desert, so instead….he just felt kinda guilty when eating them too. 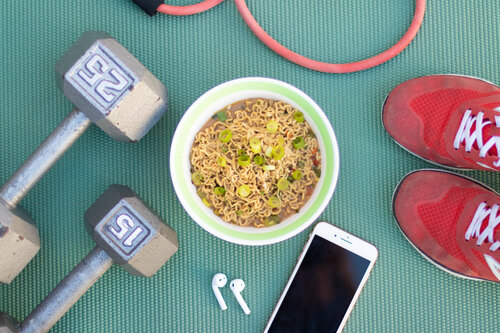 Finals season always meant that instant noodle consumption went hyperbolic. Tim would regularly eat two or three packets of while Tom alternated between pounding down bottles of Soylent meal replacement shakes and leaning on noodles for instant moral support. At the same time, Tim was also lifting weights regularly and was having trouble offering his prayers to Brodin on his noodely diet.

We both wanted the same thing: a delicious meal that was easy to prepare and packed with nutrients. And also that, but noodles. We looked everywhere for instant noodles that fit the bill, but none of them fit our criteria. So we went back to eating instant noodles and supplementing the nutrition with Soylent….then came the realization that one of us was a cook and the other a nutrition major.

After that, it’s been a non stop journey of researching (read: buying more instant noodles), testing (eating more instant noodles), designing, contacting consultants, supply companies, and setting up to make the best instant ramen ever made. Thanks for reading, and continue following us on our journey on our social media or email list, and we’ll get these noodles in everyone’s hands (and bellies) soon!