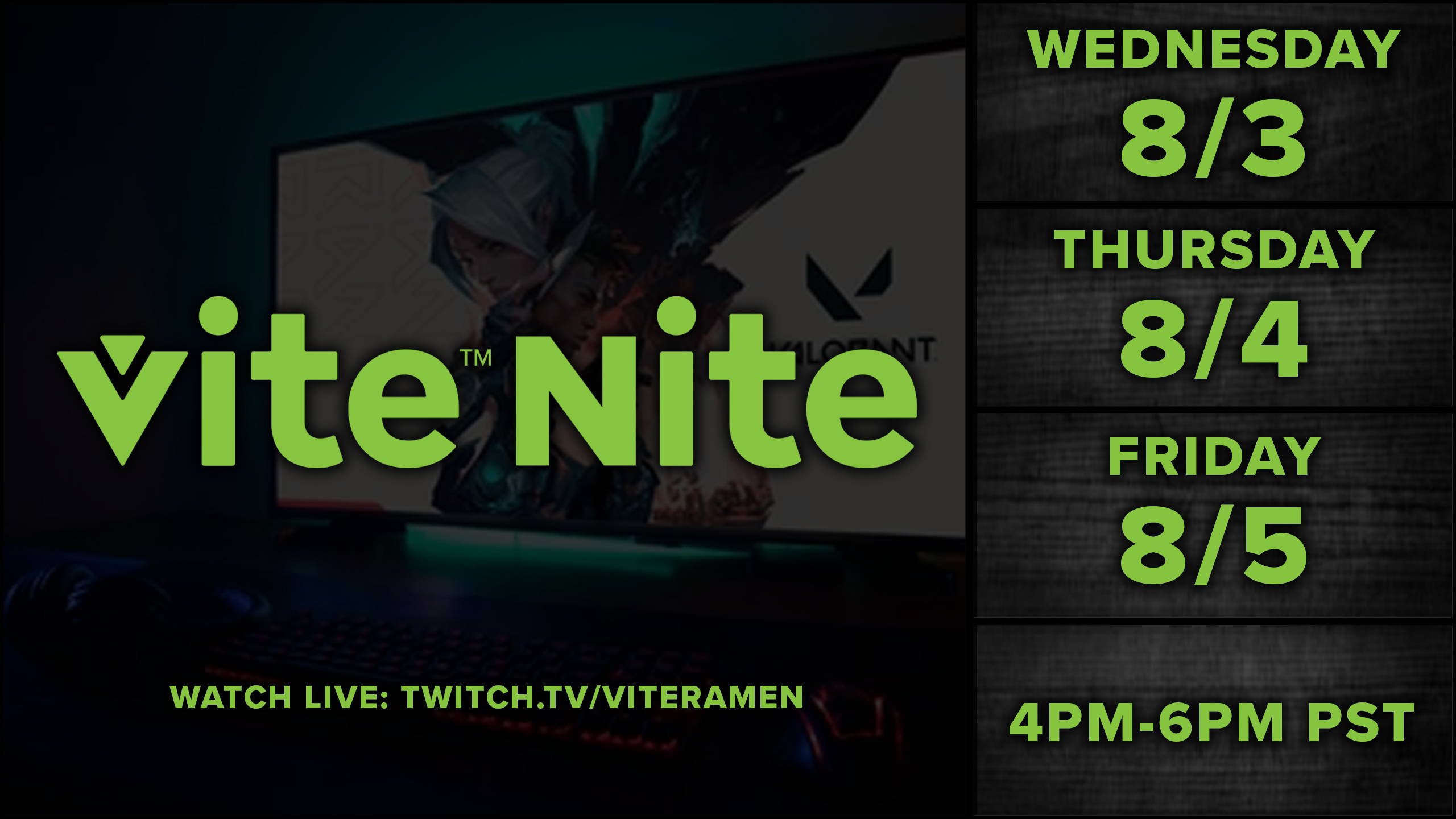 The 23rd rule of Vite Nite is, tell everyone about Vite Nite.

Vite Nite is where the Vite Kitchens crew will be streaming their antics, whether it be games, cooking, or more on Twitch, over on https://twitch.tv/viteramen

Discount codes, giveaways, and other goodies will show up often in the streams, and we will have people from our community Discord playing with us as well!

Vite Nites will also often feature partners who play alongside us!

Schedules for future planned Vite Nite will be hosted here, and announced on Twitter!