We price our ramen honestly - so we can sustain a business model that pays living wages, respects our employees, and uses only high quality ingredients we feel comfortable eating every day ourselves.

Get what you pay for.

We price our ramen honestly - so we can sustain a business model that pays living wages, respects our employees, and uses only high quality ingredients we feel comfortable eating every day ourselves.

All your protein, nutrients, and fiber.  The ultimate noodle with bold, chef crafted flavors and nutritional density.

It's not about profits. It's about people. We innovate and push the boundaries of what food can be, because we believe everyone deserves to be healthy.

Skills earned through a gauntlet of excellence and dedication.
We've cut our teeth with the best of the best, and have the scars to prove it.

Flavors crafted with conviction and passion.

More nutrition for your money, for less than a fast food burger. 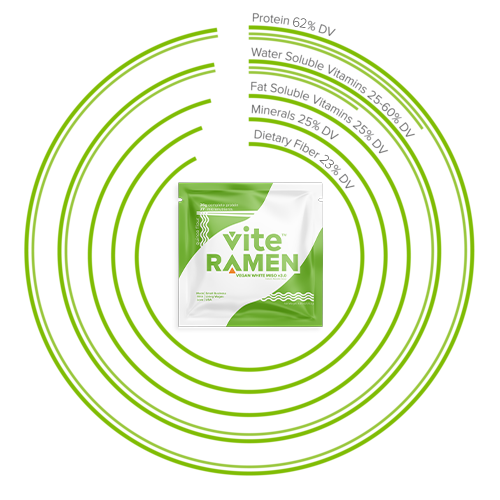 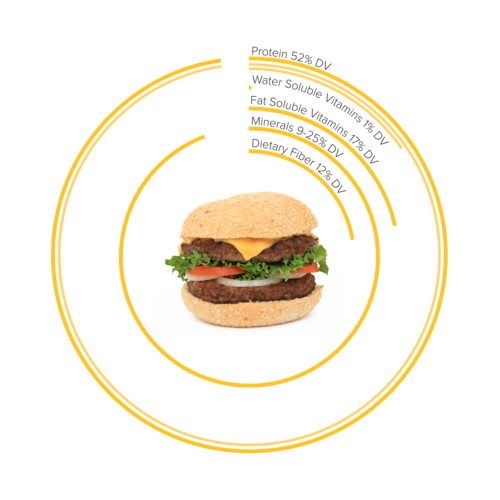 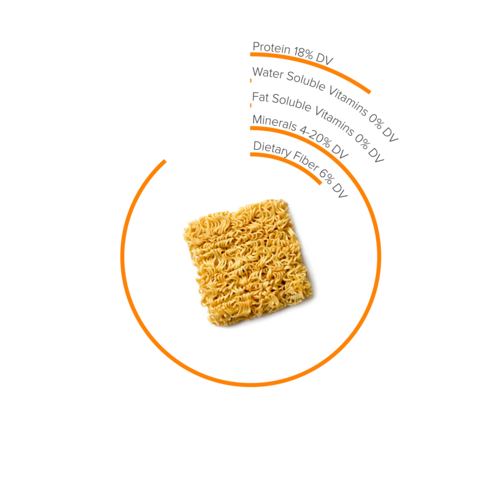 Every Noodle.
Made By Us.

We pay living wages, have no-questions-asked time off for mental health, and respect our employees time with our unique Work Hours Reservations System.

What's in the pack?

Each pack comes with:

- A block of our signature Vite Ramen noodles. No deep frying and no palm oil ever.

-All Flavors include our new v3.0 "Noodtrient" soup base

As a Registered Dietitian Nutritionist, I love everything about it! For anyone wanting a quick, nutritious meal, this is the real deal.

These noodles have helped me out. I've been eating the hell out of those.... [Vite Ramen] was my favorite, for sure. I got a whole supply of those.

Vite Ramen has accomplished a unique miracle in this range - real wholesome instant noodles - that are easy to prepare and delicious to consume. 5.0 out of 5.0 stars.

I just want to shout out all the good people @viteramen for making such a high quality and delicious product  I often do 10 or 12 hour shifts and when I get home I just need something fast and high in protein and essential nutrients. Tonight I cooked up some of the Garlic Pork Tonkotsu v3.0... Utensils courtesy of the Vite Ramen starter pack which I highly recommend starting with!

So delish! I get the two vegan options with a subscription just cos I hate to run out!  Yummy AND high protein!!! 🥰

How is Vite Ramen priced?

We're totally aware that our ramen is higher priced than normal, but for good reason. It's well known in the food world that the cheaper your product is, the better your sales will be. Unfortunately, fighting for the bottom dollar often means that the employees who make the food pay the cost: minimum wage, poor working hours and no consideration for mental health or overall/general employee well-being.

Being from a culinary background, we’re intimately familiar with the kind of exploitation that workers can be subject to, and the kind of poverty people can experience even while working twelve hour days. The first step to combating this kind of exploitation is to set up business models that incorporate the negative externalities directly into the price, rather than perpetuate the unsustainable business models that currently exist.

We're putting our money where our mouth is and paying all of our employees a living wage no matter what position they work, giving healthy amounts of PTO and with no questions asked days off for mental health. It's extremely important to us that our employees are treated fairly and that our ramen isn't made at the expense of the people who make it.

Would we be able to make the product cheaper through outsourcing and sell more by decreasing the cost? Yeah, absolutely! But we're not about that. We're not in this to make the biggest profit (in fact, our profit margins are so low we can't afford to sell in supermarkets, which should give you an idea). Factor in the material costs for all the things like quinoa and protein for a healthier ramen and being made in the USA and that's how we set our costs.

In the end, we just want to make the best ramen possible, have an excuse to eat ramen every day, and be proud of what we're doing and the employees who make it happen. And when it comes down to it, each of our meals is still less than the cost of a fast food meal! :)

How are shipping costs calculated?

The reality of shipping is that shipping companies give us a cost, and that’s what shows up on our website; we don’t make a single dollar off of it. We unfortunately have no control over it, and being a small business, we have no negotiating power in asking them to lower it.

Also, our ramen is just way, way bigger than the small packets you might see on the supermarket shelves. It’s designed as a complete meal, so it’s larger and heftier than many people might first think!

We’re constantly looking for better solutions, and do our best to help make shipping easier however we can: we offer free rewards for returning customers, and due to how dimensional weight works, the cost of shipping more packets is only a couple dollars more than a basic 9 pack! If you're a fan of our ramen, ordering more at once is the most cost effective shipping rate!

International orders please note that the price shown covers ALL country entry fees, including duties, shipping, customs, and other fees. We do not set these fees and do not receive any of them, as a third party handles all of this for us, and customs and duty fees are set by the respective governments. We understand these prices are steep, but as of now, this is our only way as a small business to legally ship our product through international borders.

Why do you add MSG?

MSG is an unfairly demonized ingredient! There's some very interesting history to why it became looked down on, and it's not because of scientific evidence! Check out our blog post about the subject to see why we deliberately included MSG.

Our Naked Noods, Nanoboost, Vegan White Miso, and Vegan Sichuan Chili Edition are 100% vegan and, to the best of our understanding, halal, while the Chicken, Pork, and Beef are not. However, it should also be noted that they are not certified halal/kosher. Our noodles are also not gluten free or low carb, though it is often requested that we attempt to make gluten free or low carb noodles, we do not have the manufacturing capabilities need to create this kind of product at this time.

No, Vite Ramen is not organic.

INTERNATIONAL SHIPPING NOW AVAILABLE! We have officially begun shipping outside the USA!

Please note that the price shown covers ALL country entry fees, including duties, shipping, customs, and other fees. We do not set these fees and do not receive any of them, as a third party handles all of this for us, and customs and duty fees are set by the respective governments. We understand these prices are steep, but as of now, this is our only way as a small business to legally ship our product through international borders.

Orders first will make their way through our MTO Batch Process then, international orders are picked up once a week for consolidation shipping, where it first makes its way to a large consolidated port of entry, and may take 2-3 weeks from the “label created” phase to actual shipping due to the customs process involved. Once the package has left our hands, we are not able to change its course.

*Not available in all locations, please verify your address at checkout