Event Preface TL;DR: For Two Weeks, I(Tim, Founder/CEO) be creating and producing a lot of content, telling my story intertwined with Vite's story.
WARNING. This piece is a little more experimental and heavier. 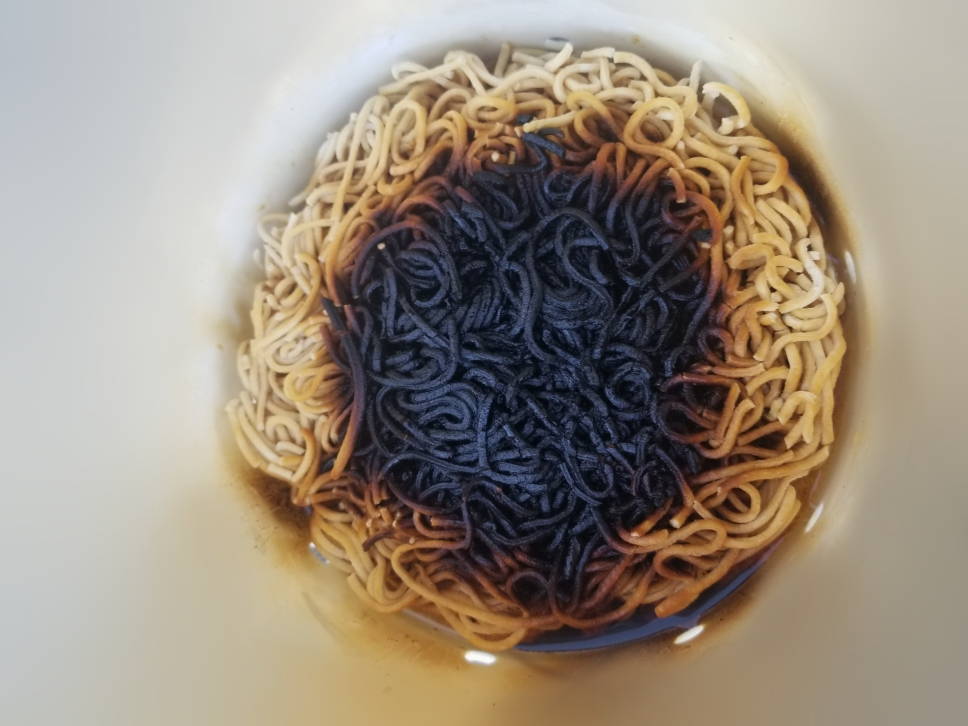 In these weeks, I will be telling my story until now, in many ways and forms, and in all the manners that I can manage, and I want you to listen, and hear, and understand, and see every word, every minute, every emotion and pain that I’ve ever wanted to express, but have not.

I think in the end, I’ve always had a lot to say, and have always been terrified of how it might be received. I’ve kept it to myself lest I stand out, kept it within closed walls and beneath hushed voices, kept it locked and hidden inside a guarded heart.

For 30 years of existence.

I’ve always loved writing, and poetry, and abstract expression through metaphor, analogies, and imagery shown through all sorts of forms of media, piecing together the depth of meaning beneath each word and subject, dissecting the emotional drive and ulterior motive that drove the creator to create as they did.

30 years, long, yet miniscule to the world.

Did you know, that once upon a time, I wanted to write novels? Fantasy worlds, science fiction, or even the mundane interactions between what you might think of as the normal, everyday life of two people.

I have hundreds upon hundreds of pages written of characters, and scenarios, and worlds, and plotlines, and everything and anything in between, all culminating in a fantastical journey to nowhere, and nothing, never to be finished, never to be seen again by any living eyes.

Words upon a page, after all, are difficult to read. They take time, energy, and a willingness to actively indulge and engage, and cannot be so passively absorbed as a video might be.

Even you, dear reader, will be one of the few who have summoned the will and reserves to read, and for that, I am deeply grateful-- more than you know.

There is a tact in words, a certain separation from the real, where the boundaries between the words that flow my from my fingertips sprung from my mind blur with the thoughts and psyche of yours, where the act of active activity punctuates each word, and phrase, and idea in a different manner than can be absorbed through some other, more passive methodologies.

I had considered speaking into the microphone, letting my mouth run wild with the errant thoughts and oft derailed tangents take form, and utilize technology to bid those spoken words into a written form. And yet, when I did, they felt different-- still me, still my ideas, still my concepts and thoughts and yet...

30 expressions of the same me.

30 incomplete ideas of me.

What is that thing? I do not yet know, and yet, I know it does not exist, and so, I transcribe at least this story, this part of my tale in the way that I know best, and adore most of all.

Because in just a few days...

I have heard much about this mythical age, where one is truly viewed as an adult, where the bleedoff of youth has quelled and bids many to exchange their casual wear for collared button ups and stiffly starched slacks.

It is a turning point of sorts, an arbitrary number assigned, and yet where somehow, our countenance is expected to become mature, understanding, and responsible.

No one tells us these things directly, most of the time, and yet, we feel that overwhelming pressure regardless, and many succumb to following the unwritten and unspoken expectations.

I am taken to various high schools, colleges, and places of sprawling and abundant architecture by my time-strained and generous parents, where Tom and I climb about like monkeys, doing our best to keep an otherwise dying south bay parkour group alive.

I’ve scraped my way through high school somehow, passing by the skin of my teeth. I will not be able to attend college like my friends, nor do I have a wish to. I choose between becoming an actor, or becoming a chef, and reason that with my asian background, I would likely end up waiting tables were I to try my hand at acting. I would rather be the one who decides to work in a restaurant, and not be the one forced to work at a restaurant to survive.

I have left the culinary industry, a failure again. I have chosen to leave the Michelin Star kitchen I worked at, unable to commit to a singular, all consuming work and abusive workplace. I have quietly enrolled at the local community college, taking courses for the sake of appearing busy, appearing like I’m going somewhere. I take massage classes, and stop short of getting certified, I take writing classes, but never write the novel I’ve dreamed of for years. I take more and more and more classes, and for what?

I got a call, one day, from Shingo. He was the guy who showed me the ropes at Madera, who had joined the crew just months before I did. He was likely the only reason I was hired, correcting my foolish mistakes before the chef’s unyielding eye caught them, and was kinder than he needed to be towards a clumsy, twitchy boy.

And so in that call that came from nowhere, when he told me he had gotten an executive chef position, and that he needed solid guys he could trust to prove himself to the owners, and that he knew I was out of the industry and had been for a while, but wanted me to consider returning.

Just for a little bit. A few months.

Like any good addict, I said yes immediately, and returned to the pit of fire and steel.

I stayed there for 2 years.

I’ve made a decision. I bid my final farewell to the line, untie my apron for one final time, and prepare once again to leave to go to university.

This time, I’m not so sure about leaving.

I’m leaving a crew that were more like family.

I’m leaving a chef who’d pick up a mop and bucket to clean the clogged toilets overflowing on the bathroom floor.

I’m leaving a place that, for the first time in forever, I felt welcomed in.

And for all of this, I’m leaving this place to go to university with heavy criticism from many people, all around, because I made a choice that most people disagreed with.

It wasn’t the cooks and the chefs telling me this. They sent me out, just as they had the first time I left, with a proper bang, a sendoff worth remembering with all the pranks, laughter, fun, and of course, leaving me on the line alone, watching and laughing from the sidelines just so I could have one last fond memory of being deep in the weeds.

It was the kind of world I’d be joining. The world of the college educated, the world of white collars, the world of the corporations and investors and finance and tech and all of these people and things and concepts that I had become so unfamiliar with over all the years I’d spent in the kitchen.

This was the world I had decided to join, and the first major decision I made in it, I knew already that I would not fit into this world.

You see, I had significantly boosted my perceived academic success through excellent grades in writing and massage, even while failing calculus and other, arguably more critical classes, multiple times. But those didn’t appear on the final sheet. On average, my record looked impeccable, and my letters to the colleges written in the same manner of white lies, with boasting and puffery aplenty to stretch even the most modest achievements into half-truths that sounded far more impressive than they were.

So, I was accepted into UC Berkeley, the #1 public university.

And I rejected it to go to UC Davis instead.

I am graduating from UC Davis. I started Vite Kitchens in October 2016, and it is now Spring of 2017. I will go full time into running Vite Kitchens. It is not the dream I’ve always had. It is a curse of The Twins, and a way for me and Tom to avoid finding “real jobs” after our graduation. Eris has already come on board, after having lived in my closet for a year, sleeping in a 6x3 foot space, and James joins soon after.

Not a single person joining Vite Kitchens then had a twinkle in their eye, a burning desire and passion to make Vite Ramen, or a pride in wanting to create the best whatever it is that they were making.

Did it matter to them? They were getting paid.

Did it matter to any of us? We could all pretend, with boasting and puffery aplenty to stretch even the most modest achievements into half-truths that sounded far more impressive than they were to our parents, our family, our friends, and avoid the truth that we were only procrastinating finding a “real job”.

A hollow, burned out, ashen one, bearer of the burdens that I cannot, and will not shed.

I look to others that tread a similar path. That they do things perhaps, differently, perhaps, not so kindly, and see that they are happier, freer, and carrying just a little less weight with them. I see that they’ve placed themselves above everyone else they rule over, and therefore, place themselves and their well being above everyone else they rule over.

I wish I had that flame of ambition. That hope, long ago, has been tarnished across the sands of time, and with nothing to show for it. I wish for a mentor, someone to look up to, and see nothing, and no one-- only the ones who, for moments of weakness, I wish I could become.

Pains and heartaches and stress and permanent eye bags and far more white hairs than someone of my age should have.

Vite, I suppose, will continue, as will I, until this frame can no longer carry even the ashes that remain.
Return