Why Another Kickstarter For The Sichuan Chili Crisp Flavor? 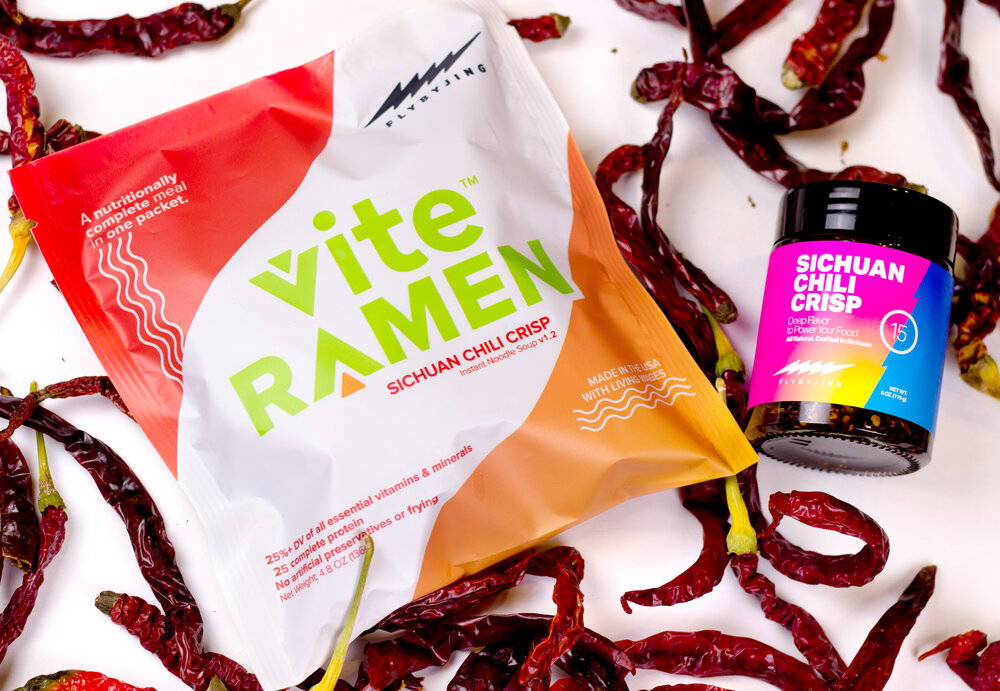 So... why another Kickstarter?

The world of food tends to be extremely opaque. For the sake of transparency, I want to share some thoughts on the nitty-gritty of running a food business, and one big question in particular:

Here's the super-simplified answer: We don’t get credit terms because we’re so new, and suppliers want us to pay cash up front to get ingredients!

OK, there's a bit more to it than that

Imagine you're a small business starting from ground zero, and you want to make some noodles.

You're going to need to go to the store and buy some flour. Then, you'll need time to make the noodles. Then you'll need to sell them. Let's say your first batch of flour cost you $15, and you sold your noodles for $20.

So simple, right? Only, it's not. Not really. In real life, there are employees to pay, insurance, rent, power, trash, shipping. The list goes on.

The tyranny of time

Lead time is the time that elapses between when you order something you need for manufacture and when it's available for your use.

Shipping and freight is, of course, one part of that. But in manufacturing, you're also looking at the time it costs to produce things. For example, you might need flour. Flour comes from the manufacturing process of milling wheat. For that process to happen, you guessed it; you're looking at additional lead time.

Here's another example. We partner with Fly By Jing, who produce a made-to-order specialty chili crisp. When they receive our order, the process of making, packaging, and shipping that product will take over three months.

That's three months, for just one small component of a complicated production process and timeline! And of course, throughout that wait, your business plans and your investment are locked in a state of limbo. 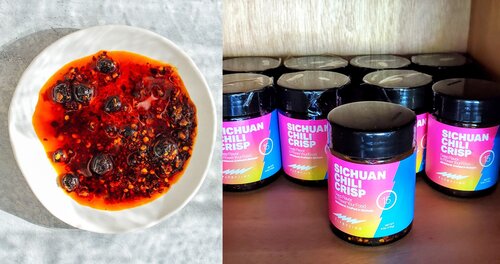 All told, the lead time to produce Vite Ramen noodles is four to five months.

That's a long time between paychecks. Time to explain to your landlord that you'll need a few months to turn a profit and cough up the rent.

So, what to do? It's time to get some working capital, which is the fancy business way of saying “we need money to buy stuff to make stuff”. Making that happen can be tackled in a range of ways, but your three main options are:

Let's Take a look at each.

Tom and I own 100 percent of Vite Kitchens. While that decision has earned us some shaking of heads along the way (with words like "these kids will learn the hard way later"), we continue to believe investors add more variables and difficultyto the equation.

Let me dig into that belief a bit deeper.

Simply put, investors will always add more variables and difficulty to the equation. Whenever someone else has a controlling stake in the company, they will want to know what’s going on.

They’ll’ve put a ton of money into it, after all, and it’s only natural for them to want to know what’s going on with their investment.

Yes, double contractions are a thing and I love using them.

Too many cooks spoil the broth, as they say. Having more people involved means having to explain everything you do.

Explaining a business strategy to investors requires meetings. It requires reports detailed, pretty reports. If you're unlucky and find yourself at loggerheads with an investor, it'll also involve the joyless headache of constant conflict.

Tom and I only have so much time and energy, and if we spend that time writing up reports and discussing things with investors, then we’re not able to be as involved in the actual things happening, which, ironically, means we’d have to hire more people to do things, which costs more money, then those people have to report to us as to what they’re doing, then we’d need to compile more reports on what those people told us they’re doing, then maybe hire people to write reports so we can do other things, and... 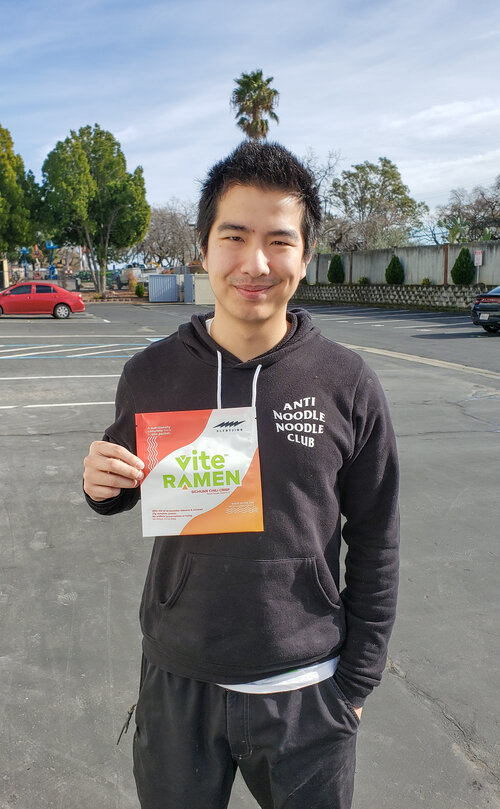 Everything gets bogged down. 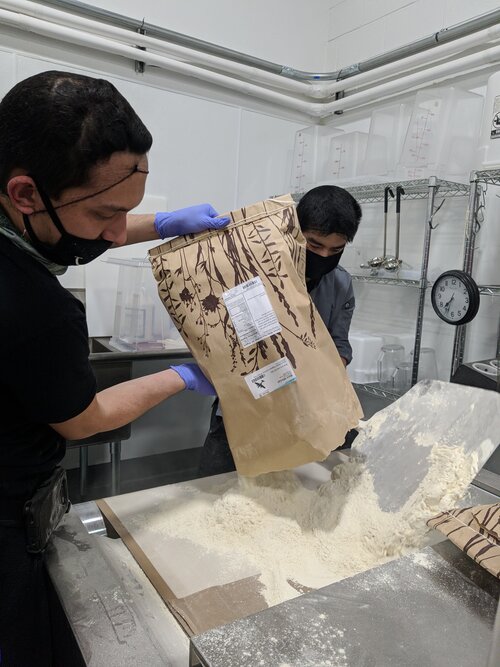 Decisions take longer, and we're dealing with a slew of additional costs to keep the bloated bureaucracy going.

And of course, all of this takes time – time pulled away from things that matter: supply chain, operations planning, R&D, marketing, and all the other stuff that comes with running a business.

Investors, after all, invest primarily to make a profit in the end. Our core ideals and fundamental beliefs of living wages and a good work environment do not produce maximal amounts of profit, and while we’re okay with that, this can easily be distressful for an investor who’s looking for the maximum return on their investment.

That easily leads to the aforementioned conflicts, arguments, and all the problems that come with that.

The risks were just too great.

Here we hit a bit of a catch 22. There are many platforms out there that offer working capital loans, but most impose stipulations we can't meet.

Your typical Small Business Administration loan requires that you be in business for a year or less. We formed the company in October of 2016, and invested two years into research and development, and setting up our facilities.

A technicality? Sure. But it made us ineligible.

The next obvious step was taking out a bank loan. The problem is, these typically require that you turn a profit for two years before you can even apply for a loan. We started selling in March of 2019.

Again, we fall through the eligibility cracks.

How about all those newer non-traditional lenders like Kabbage, OnDeck, and Brex? Yep. We've looked into them. But startups are considered high-risk, and of course, that means you're dealing with exorbitant rates. 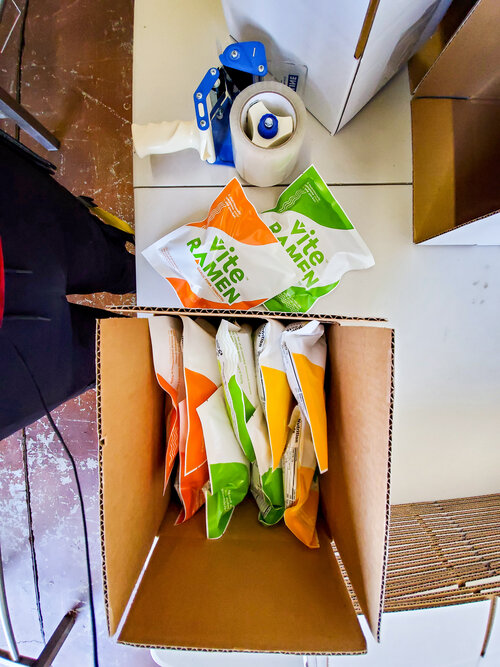 We’re currently using some of them, but taking on too many would put us into a debt/loan cycle past what we’re comfortable with.

To boil much exhaustive research down to its final analysis, additional loans are out. We either don't qualify or have to endure crippling additional financial pressure thanks to our startup status.

Which brings us right back around to Kickstarter, and why that's our way forward at Vite Ramen.
By using Kickstarter, we can access money for our materials upfront. No longer drained of funds for our regular inventory and working capital use, we're in a much better position to make strategic decisions.
Our lead-time problem? Resolved.
Kickstarter isn't just a financial mechanism, however. It's also a hybrid pre-order and marketing platform.  Through Kickstarter, we gain a way to tell people about our product – in a way that's neat, concise, pretty to look at, and above all, accessible.

A nice bonus: Being a big 'ol project, a Kickstarter kicked us off our asses to finish some crucial early steps. For example, we were pushed to finally create a video ad we can use for Kickstarter as well as future campaigns.

(FYI, we just wrapped up filming on that last week, and can't wait to share it!)

The short answer: It blew our other options out of the water.

Investors involve too much risk and bureaucracy. Loans aren't geared to our kind of startup. Kickstarter, on the other hand, gives us a way to access working capital and a robust platform for telling the world about our nutritionally complete ramen. 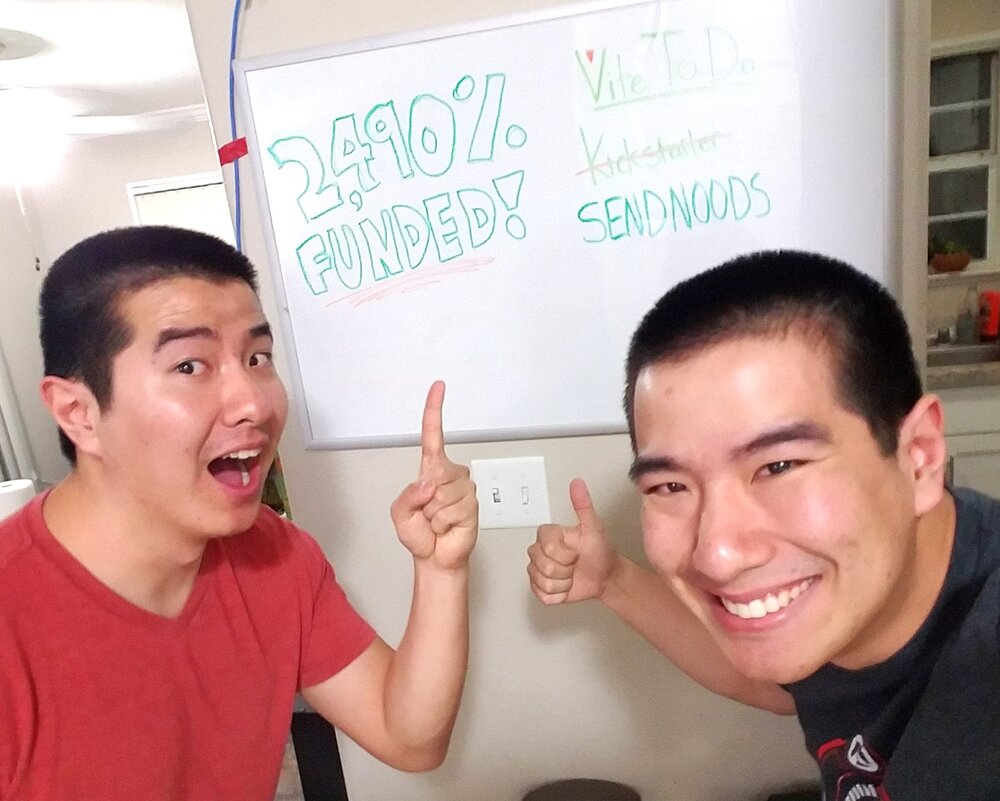 It's probably overstating things to say it was a no-brainer. But it is the way to get our business off the ground, and ultimately, our noodles into more peoples' mouths.
Anyway, now you have the story! I hope that gives some insight into why we're using Kickstarter to fund our larger projects.
-Tim
Back to Blog